Microsoft has announced that they will be changing the way VBA macros are handled by default. The company is ditching this widely-used feature in favor of a less vulnerable one on cryptographically signed code inspections, which have been proposed as the replacement for what is now called ‘Protected View.’

Microsoft is taking a step to block VBA macros by default. They are also disabling the macro execution trust settings. 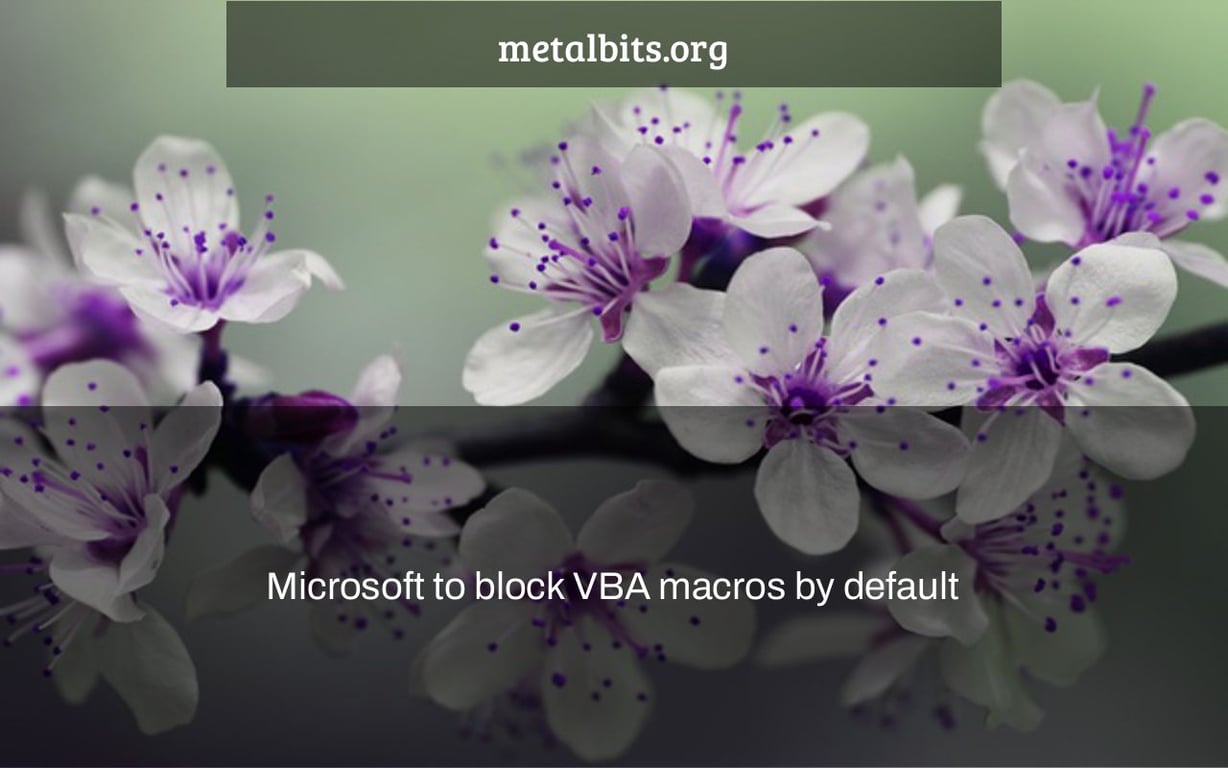 Microsoft intends to make macros in Office disabled by default, which should help safeguard users from unwanted assaults. For a long time, the ability to run macros has been a feature of Microsoft’s Office suite, but it’s also been a tool for hackers to execute malicious code on PCs.

Macros enable users to automate typical operations by triggering scripts when a document is opened, and they’re often employed by corporations to speed up the completion of repetitive chores.

Microsoft outlines how and why it will change its policy on how macros are handled in Office in macro security. The decision was made due to the extensive use of VBA macros by malicious actors to transmit malware.

Malicious programs may get access to your machine and begin downloading malware once macros are enabled and launched. It’s a simple strategy that, if used widely enough, may be highly successful.

Companies are more exposed than ever to security issues caused by macros, because to the recent surge in the number of individuals working remotely and the overall dependence on the cloud.

The ubiquity of remote work and the cloud, according to Microsoft, exacerbates the issue of macros as a security hazard. Users could previously choose to allow or disable active content such as macros in Office files.

Dangerous actors are increasingly sending malicious payloads to end users through Office files with macros enabled by default; the consequences may be severe, including malware, compromised identity, data loss, and remote access.

VBA macros downloaded from the internet now have a disabled default option. Users will see a notice bar informing them of the change.

More Microsoft customers, including home users and information workers in managed enterprises, should be safer as a result of this.

Users with Windows home and business versions will be the first to get the update, which will subsequently be made accessible via other means.

This is where the newly implemented security measure comes into play. Office VBA macros will now be deactivated by default, according to Microsoft’s blog post. If a user wishes to utilize them, they must first activate them in the application’s settings.

The announcement was positively greeted by the security community, which believes that macros have been a cyber security danger for some time.

The tiny number of users that must execute macros will still be required to do so as part of their job.

However, the default behavior will be changed so that no one else is harmed. This modification is intended to drastically decrease the number of phishing emails that contain hazardous software.

Microsoft intends to make the same adjustment to its other Office products, but no implementation date has been set.

What are your thoughts on Microsoft’s decision to disable macros in Office by default? Let us know what you think in the comments area.

Microsoft has announced that they will be blocking VBA macros by default. This is a change that Microsoft has been trying to make since the start of Office 365. The announcement comes with a warning to all users who use VBA macros in their work, that they will need to switch to using Visual Basic for Applications (VBA) instead. Reference: macros disabled by enterprise administrator office 365.

Will Microsoft get rid of VBA?

A: VBA, or Microsoft Basic Applications is not getting rid of.

Are macros disabled by default in office?

A: Yes, macros are disabled by default in Office 365.

How do I permanently disable macros in Excel?

A: Microsoft Excel provides a feature called Macros which allows users to take actions that are automated, usually by pressing a button.